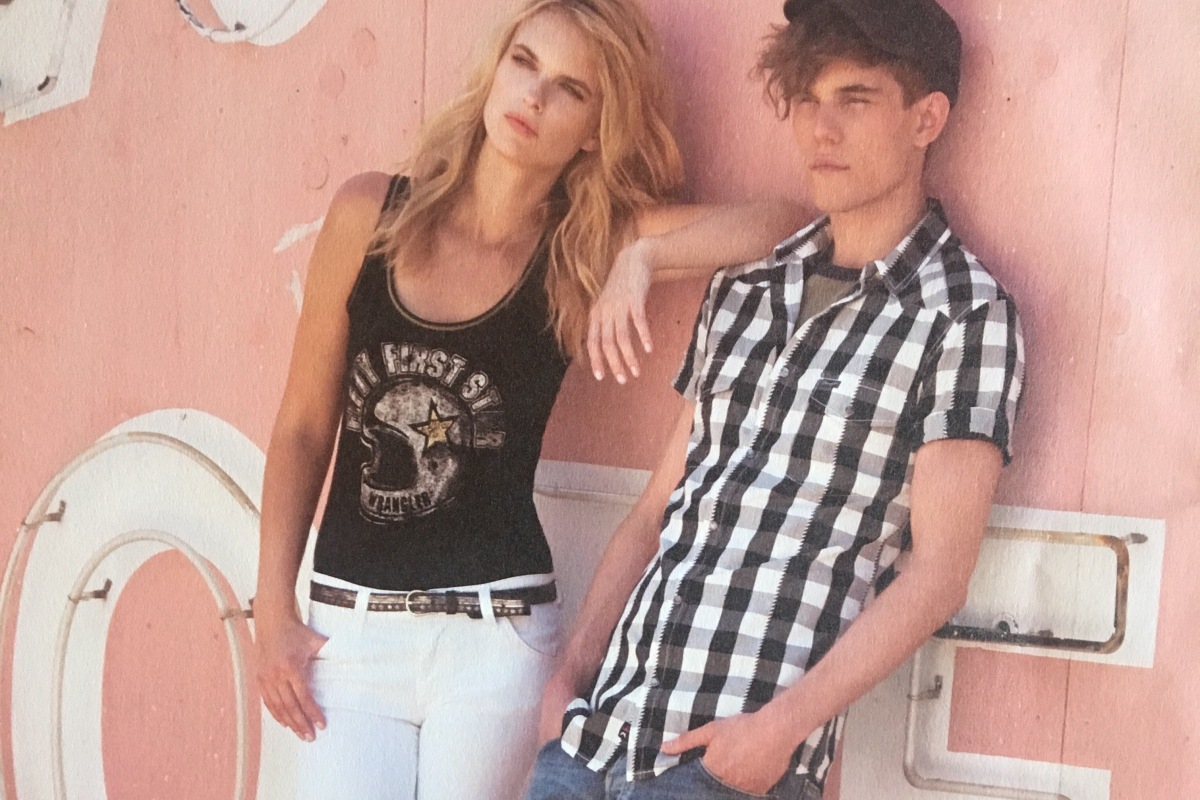 Yesterday, we were with friends when someone asked me “What were you doing, this time 8 years ago?”

I answered, tongue-in-cheek, “Trying to get in my best friend’s pants.” This friend, who we know very well, just said, “Well, how did that go?”

I pointed at my best friend, and said, “I think it went pretty well, eventually.” My mum piped up, “Well, she did marry him…”

It got me wondering – very few of us share the stories around how we actually met our other halves, or how we came to be together. It’s the sort of subject that’s only really brought up on a drunken night around a fire. So, in the sharing spirit, here’s ours. 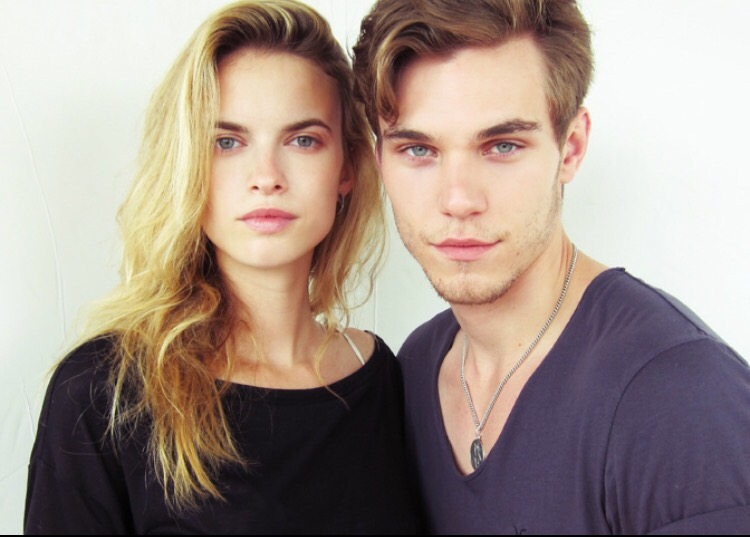 In May, 2009, I was cast, last minute, in Wrangler denim’s lookbook/catalogue/campaign. All I was told was that it would be shooting in Las Vegas, where I’d been 6 months prior to shoot, and that there would be a male model. I was told his name, and asked a couple of male model friends whether they knew him – I sussed out he was Northern, like me, and a ‘nice guy.’ So far, so good – and nothing new. I saw a picture of him at a different casting, and I really didn’t think he’d be my type.

This is the picture I saw – he looked nothing really like this!

Fast forward to Heathrow T3, a few days later. I knew we’d most likely be flying together to Vegas, and lo and behold, at the gate, earphones on and waiting to board, was the guy I was working with. He was so engrossed in what he was doing, I left him to it, deciding to catch him after the flight.

But fate intervened. A few hours in, as I was waiting for the loo, as the toilet flushes, out comes this incredibly handsome young man. That picture definitely did not do him justice – he had huge, aqua-coloured eyes, cheekbones to die for and dimples like you’ve never seen. Plus, his hair kept falling across his face, which was pretty adorable.

We started chatting, and he let someone else in the queue before me so we didn’t have to stop. Sadly for me, he mentioned his girlfriend straight away – but he was such a nice guy, and we got along pretty well. We didn’t see each other for the next couple of hours, but once we got to Vegas we were inseparable.

Funny interject, here – Pete told me, about 5 years into our relationship, after we were married, that he’d actually let the person in the loo before me because he’d just *ahem* done a number 2 and was terrified of me judging him if I went in after him. That still makes me giggle, now.

Meanwhile, we are in Vegas, and had both recently turned 21, so that evening we shared a couple of beers by our hotel. The job was great fun, and we got on like a house on fire – Pete was from Leeds, close to my hometown of Manchester, and there were 6 months between us. He’d been with his girlfriend a few years (booooooo) and she was a student. On the last night, we went into the casinos and got very drunk – very good fun. On landing in London, we exchanged numbers and promised to stay friends. 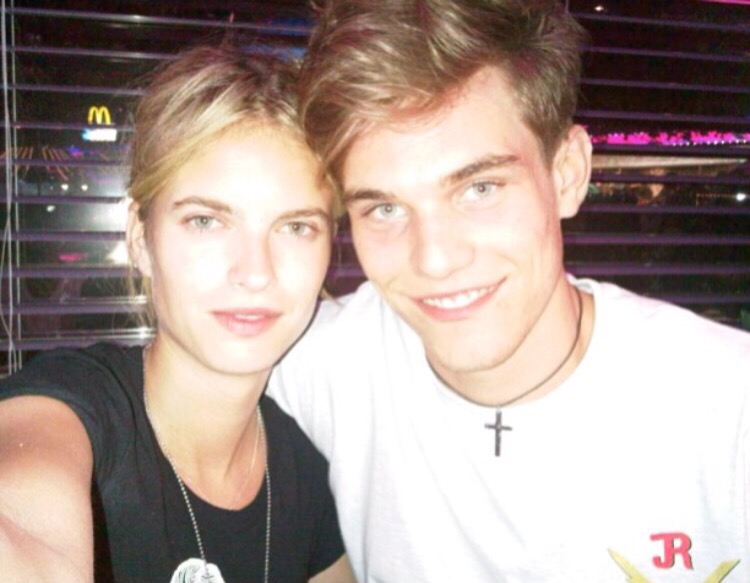 Terrible quality Blackberry photo of one night in Vegas

This story is in danger of rambling, so I’ll try to rush it along. Fast forward to Paris, in July 2009 – I was on stay for a couple of weeks with two friends, and it coincidentally mens’ fashion week. So we met up, a big group of us, and went out drinking and dancing. Two nights in a row. And, my goodness, this man got stuck in my head. I fancied the pants off him – and he had a girlfriend! So not fair – so I snagged his friend. Childish, I know.

On return to London, we decided we’d had such fun in Paris, as a big group, that the nights out partying and dancing until the early hours continued. At the time, my sister, Hollie, worked as a promoter for various high-end London nightclubs, and because we’re models, we got in for free. We went out probably 6 nights a week – and Pete and I became very close. We’d spend time outside the nightclubs in the daytime, watching movies or having coffee in town. I never once lost my feelings for him, but he became one of my best friends. I dated other guys (partially to try to make him jealous) but nothing ever came of it. My mum, upon meeting Pete, was determined he was the man I would marry (well done, Mama). 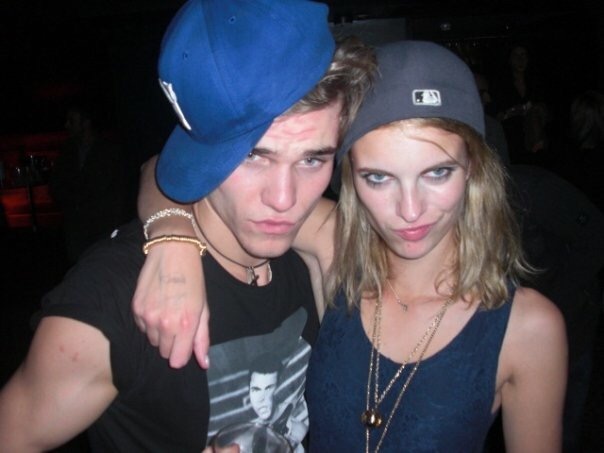 Unfortunately, by the time Pete’s girlfriend was due to come back to London to stay for a while, my feelings had grown pretty strong. To this day, he denies ever knowing how deep my feelings were for him, until I told him I couldn’t see him or be around him anymore. I never gave him an ultimatum or asked him to leave his girlfriend – I would never have known how he really felt if he’d been pushed one way or the other. We didn’t see each other for over two weeks (which was a lot, for us) until he sent me a message whilst I was working in Germany, telling me he’d broken up with her. I was so elated, I vomited. I know – I’m a closet romantic. 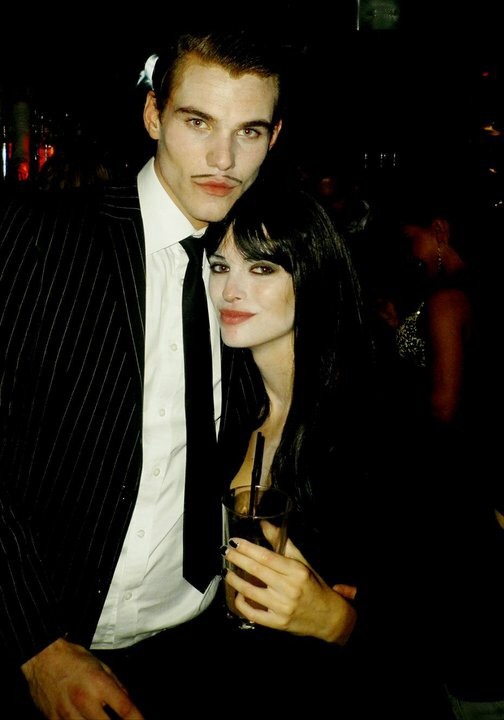 Our first Hallowe’en together

The rest is kind of history – we actually took things fairly slow. I don’t think I referred to Pete as ‘my boyfriend’ for a good 4 months, and we didn’t say the ‘L’ word for about 6-7 months. We felt no need to rush. We lived in NYC for the majority of the start of our relationship, and saw each other probably for 2 days a week as we were so busy travelling with work. We got engaged in August, 2012, and married a week before Xmas in 2013 – 3 and a half years after becoming ‘a couple.’ Then Stevie followed, and now the other is on the way! 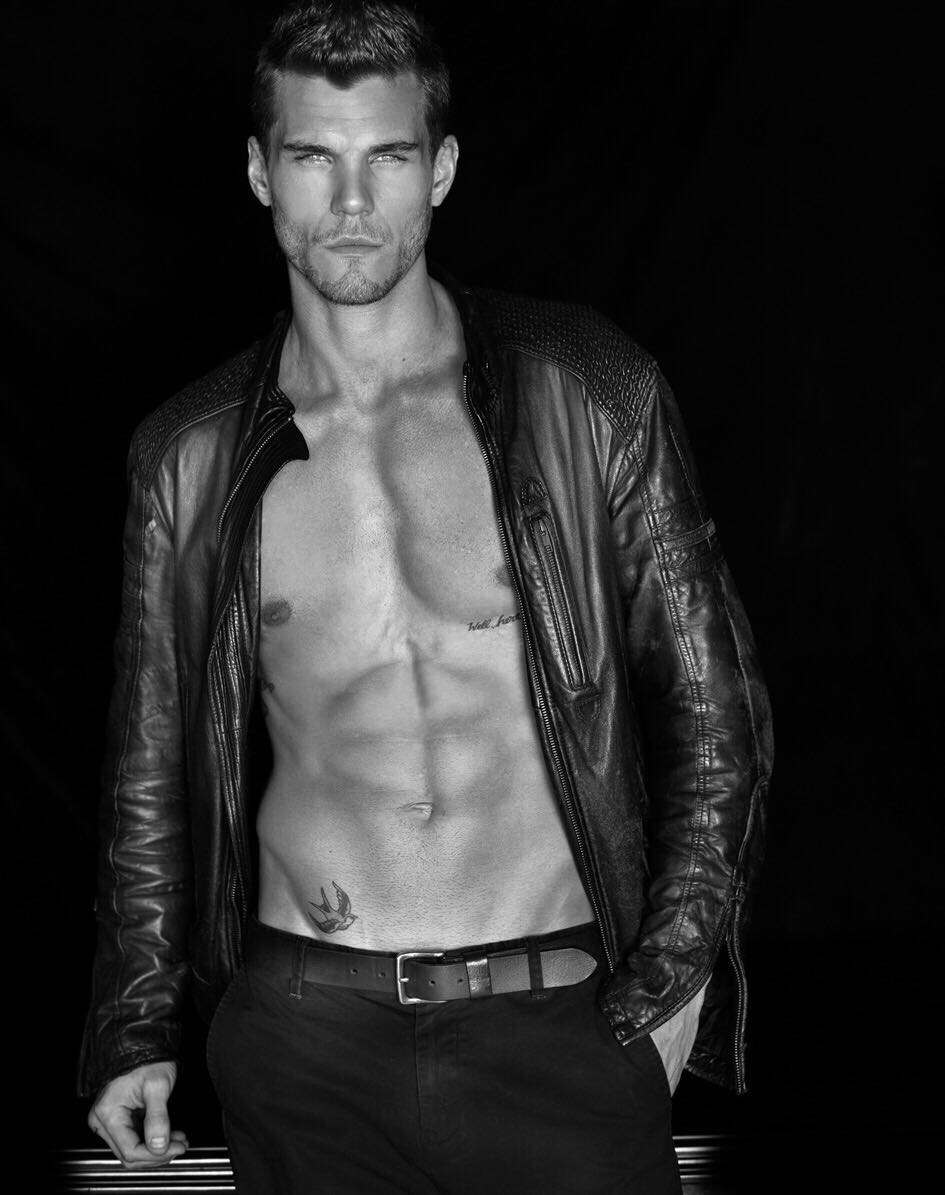 Share your stories with me – how did you meet your other halves? I love these tales – I really am a romantic!